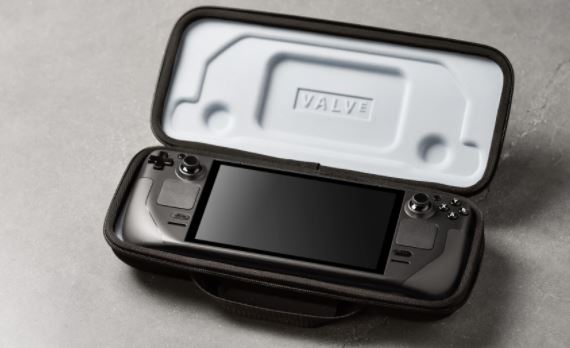 Valve is known for its innovations in both software and hardware, and Steam Deck seems to be no different. Now, thanks to a patent, we can see that the handheld console’s trackpad could enable unique functions within games.

The patent describes the trackpad as a “sensor-rich” component for “advanced control functionality”. Steam Deck’s trackpad is capable of “sensing an amount of force associated with pressure”. In other words, it could be used to detect a different set of inputs depending on how hard the player presses.

This could have various applications. For example, imagine having to pop a balloon: instead of simply pressing a button, you could press on the Steam Deck trackpad. This would be a more realistic and sensorially deeper experience. In addition, according to the patent, it is possible to use the trackpad in combination with normal buttons to create unique interactive gameplay scenes.

The trackpad sensors, according to the Steam Deck patent, can be made more or less sensitive depending on the specific game or gameplay situation, so as to customize the experience in a deeper way. Developers could, for example, maximize the level of pressure required to perform an action to make a game scene tenser.

As always, we are talking about a patent that proposes just a few ideas. It remains to be seen whether developers will actually introduce customized features into the Steam Deck version of their game.

Baldo: The Guardian Owls, the great title inspired by Zelda, is updated on Nintendo Switch