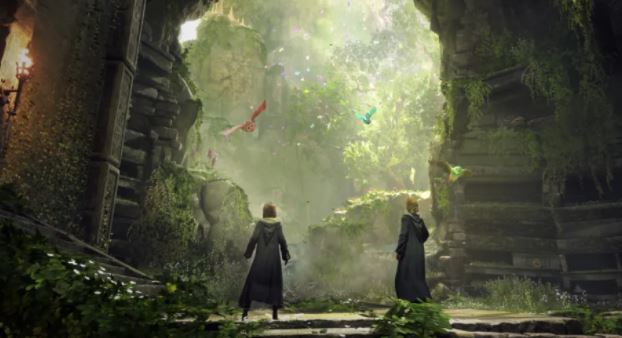 Here comes the confirmation of a new title for Nintendo Switch. This has been announced just a few minutes ago by its developers. According to what was shared, Hogwarts Legacy will arrive on the hybrid console along with the rest of the versions at Christmas this year.

For now, we do not have a more specific release date, so we will be attentive to more details. Amazon has listed it with the boxart you have above, which practically rules out that it is a cloud version.

You can find the premise and official videos of this title below:

You’re a new student at the famed school of witchcraft and wizardry with a unique ability to manipulate powerful ancient magic hidden in the wizarding world. You’ll need to uncover what’s behind the return of this forgotten magic and who is seeking to harness it to destroy wizardkind—as you may be the one that decides the fate of the entire wizarding world. But before you can study magic and begin to solve these mysteries, you must create the witch or wizard you want to be.

When you arrive at Hogwarts, you will be sorted into one of the four Hogwarts houses: Gryffindor, Hufflepuff, Ravenclaw, or Slytherin. After you settle into your dormitory, you will meet up with your housemates in the common room. You will then need to attend classes, and you do have some catching up to do, as you are starting at Hogwarts late as a fifth year.

Here you’ll meet your professors and learn to cast spells, grow magical plants, brew potions and more. In between classes you’ll be able to explore the castle famous for its secrets, enchantments and mysteries. You’ll discover dungeons and secret passageways, as well as challenging puzzles that will require magical skill and a clever mind to solve. You may even find yourself in iconic locations you’ve never been able to explore before.

It’s the late 1800s, so while the common rooms and classes may be familiar, most of your professors will not be. However, you may recognize a few faces.

You’ll come to know this eclectic group of talented witches and wizards in class and while completing side assignments that are part of a special curriculum—one designed to help you catch up with the other fifth-years at your own speed.

Opportunities for adventure abound in the area surrounding Hogwarts. The magical abilities you learn to master through your schoolwork will soon become tested, as you unravel a dangerous mystery by working alongside the accomplished and yet enigmatic Professor Fig to try and discover if the rumors of a mounting Goblin rebellion hold any weight—and if the safety of Hogwarts lies in the balance.

The Wizarding World of this era is fraught with dangers: creatures corrupted by a magical force, powerful goblins, and sinister witches and wizards, all willing to fight—even kill—to achieve their own goals. In fact, there’s an uneasy alliance between the Goblins and Dark Wizards…

Enemies possess unique defensive and offensive abilities, including Blasting Curses, Stunning Spells, enchanted weaponry, and more. While some may attack directly, others might enchant and incapacitate you. Mastery of the Shield Charm allows you to deflect ranged spells and direct weapon strikes. Counter-attack with powerful Stunning Charms, allowing you to follow up with extended spell combinations.

Students who become particularly adept at spell-casting will find many ways to exploit their enemies’ weakness. Slam with Descendo, roast with Incendio, devastate your enemies using various Finishers. You can even use the mysterious, powerful magic your professors do not understand to obliterate your strongest foes. Mixing and matching dozens of spells will let you define your combat style on your path to become the ultimate duelist.

In addition to classes and spells, you’ll have access to a deep set of upgrades, talents, and skills to aid your progression as a wizard. Complete challenges throughout the world to earn experience. Level up your abilities by choosing talents to upgrade your spells, plants, and potions to increase their power. Decide which talents best fit your playstyle to allow you to focus on your favourite types of magic.

You can also loot, buy, or craft your own magical gear that will increase your offensive and defensive capabilities in combat gear can be upgraded and specialised to allow for greater abilities for your chosen playstyle.

Spells are not the only tools at your disposal in combat. As you hone your wand skills, you can continue to further your magical education at Hogwarts, progressing your development as a witch or wizard.

Brew potions that can increase your power when you need a boost. Grow and deploy magical plants to mob the battlefield and keep your enemies at bay. You can even unleash deadly Mandrake seedlings to incapacitate unsuspecting enemies.

In Beasts class, you will learn about a variety of magical beasts you might encounter both at school and as you explore the world surrounding the castle and its grounds.

Learning and mastering broom flight is highly recommended so that you may travel around the world more quickly.

Some abilities may be taught to you by students who become your friends. As you develop relationships with these schoolmates, they can accompany you on your journey as your companions and, over time, you’ll learn their stories.

Natsai Onai is a brave adventurer driven by the justice she seeks. Poppy Sweeting has a kind heart and loves magical beasts—connecting with them more easily than with humans. Unafraid of detention or breaking the rules is Sebastian Sallow, a charismatic Slytherin with a troubling family secret. You’ll meet these students and more as you explore common rooms, hallways between classes, and regular gathering areas.

The Room of Requirement

One of the most remarkable secrets of Hogwarts is known as the Room of Requirement. You’re introduced to this space that seems to sense what you need and then provides it for you. Since you need to catch up to your peers, this room provides space for you to sow and harvest plants, brew potions, and upgrade your gear.

A helpful house-elf named Deek helps you discover vivariums that allow you to nurture your own menagerie of magical beasts.

You can freely customize this space to reflect your personality and magical specialties. Not everything you need on your journey is available at Hogwarts.

Beyond the Castle Walls

You’ll want to visit the nearby wizarding village of Hogsmeade, where loads of shops and vendors can provide you with the supplies you require—from potion ingredients and recipes to seeds for magical plants to all sorts of gear.

But Hogsmeade also has its dangerous side. A band of Dark witches and wizards emboldened by the turmoil of the times wander the village outskirts. You must avoid them—or defeat them.

As you explore, you’ll find the world surrounding Hogwarts is alive with activity, wonders, and areas of unusual interest. As the school year progresses, dynamic seasons and climates will fill the sky with lightning or sunshine—or coat the ground with snow or rain.

Unique wizarding hamlets pepper the countryside, each with vendors and residents who have stories to tell and missions with which they could use your assistance. Be on the lookout for enchanting magical puzzles that may very well have been designed by Merlin himself when he was a student at Hogwarts.

Magical beasts roam the lands outside the castle walls. Some have been corrupted by a mysterious Dark Magic, while others are at risk of poachers and their traps. If you’re feeling benevolent, you can rescue them and restore them to health in the Room of Requirement.

But there are dangers beyond your understanding in the world as well. Dungeons and vaults hold perilous threats, and also untold rewards. Be careful where you choose to explore as it may lead you down a darker path.

Master spells. Befriend new allies. Journey across a landscape never seen before. Uncover ancient secrets. Combat mystical threats. Learn long forgotten mysteries. Become the witch or wizard you want to be as you leave your unique mark on the wizarding world. Here in Hogwarts Legacy.